Oracle the First From the Head of a Thracian

The recent completion of a short silver surfer course at the Library here and I am cyber-tooled-up to interface the world.

I shall now launch my poly-blog with some directions!

First, take your smartphone or similar device, with this blog post upon it, and in the manner of Syd (to be explained), walk to Cambridge or get there by some modern means of transportation. On Trumpington Street you will find the Fitzwilliam Museum. I usually like to walk in the deep immemorial mega-gutters that they have on this street, to avoid the pavements crammed with tour parties and such. The gutters are actually big enough for a lie down on a dry day if such an affectation should take your fancy. Once you resume your walk, go through the Fitzwilliam Museum main entrance, whence the stone lions loiter (the lions of stone like to stroll down to the Trumpington Street gutters for a drink at night-time, so they say), turn right and go down the steps to ‘Greece and Rome’. Once you reach ‘Greece and Rome’ you will find a glass case containing a painted Greek stemless cup (kylix).

Oracle the First will issue from this, object Ant.103.25.

It may take you some time to find the object, as there are a lot of painted wine cups, mixing bowls and jugs, encased in their timelessly contemporary vitrines. When you find the cup, please concentrate your gaze on the severed head floating between the two intact figures painted upon it, and on the head’s painted mouth. Then ask it a question, any question, as long as you hope the answer to it will help you to face life itself. On your phone-device, press the Play arrow on the audio file below. The mouth, if you look closely enough, and if you go along with my playful fancy, will then utter its oraculations, which will make their way through your headphones into your head.

You have now heard the words of Oracle the First, and in the rest of this post I will attempt to interpret the oracular utterance as best I can.

The main subject of the oracle’s river-borne floating voice seems to be the legendary singer and musician Orpheus, who is indeed, according to the museum label, the head on the cup. 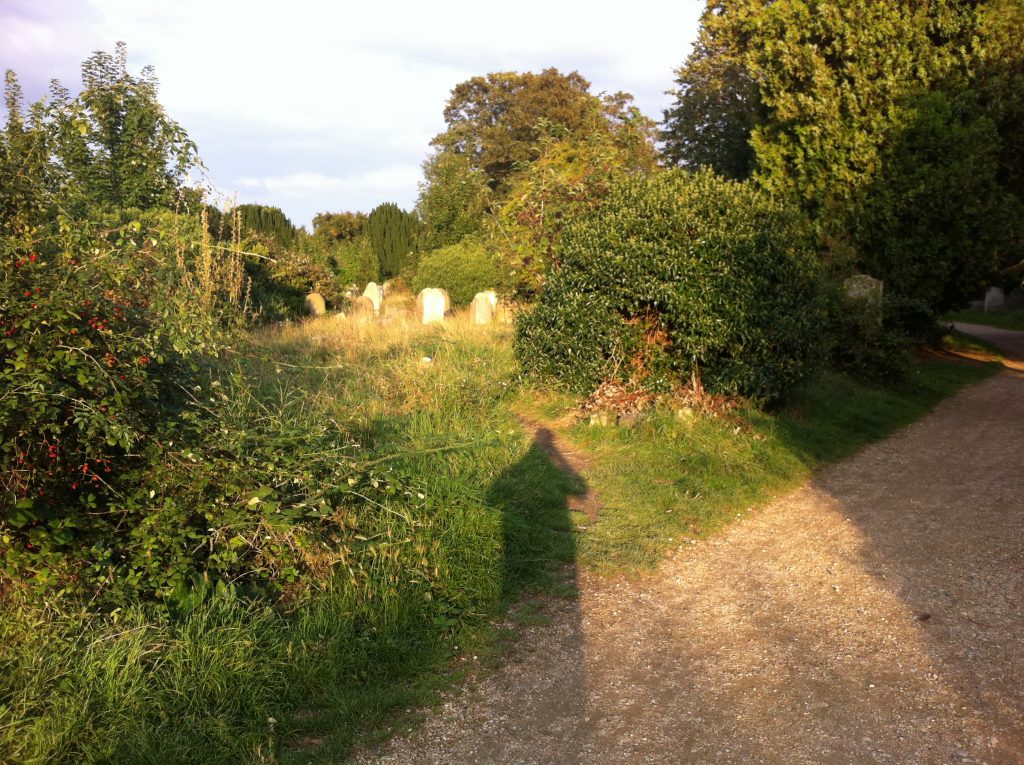 ‘The birds, lamenting, cried for you, Orpheus’!

Jane Ellen Harrison is one of my heroes. The Cambridge Classical HEAD and feminist pioneer. The first woman in England to become a professional academic, who practically invented the methods we now take for granted for the study of Greek mythology. A friend of mine called Beetle, of whom you will hear more, introduced me to Harrison in 1968. Beetle loaned me her library copy of Harrison’s modestly styled tome ‘Prolegomena to the Study of Greek Religion’ (a prolegomena is merely a prologue, a brief introduction). In it Harrison describes the very wine cup you are standing before, and the various tales of Orpheus that inform it. Of the story of lyrical-lyrist Orpheus, Harrison writes:

Conon…devotes to Orpheus the whole of one of his narrations. He tells all the orthodox details, how Orpheus [of Thrace] won the hearts of Thracians and Macedonians by his music, how he charmed rocks and trees and wild beasts and even the heart of Kore, queen of the underworld. Orpheus refused to reveal his mysteries to women, whom since the loss of his own wife he had hated en masse.

Orpheus has the songs, the ability to travel to the realms of the spirits: could Orpheus originally have been a southern shaman? He was certainly a talented artist. According to Soviet anthropologist GM Vasilevic, the people who were most likely to become Siberian shamans ‘were very sensitive, had a sharp memory and a vivid imagination and were able to relate the events of their life in an artistic way. From this class the most talented tale-tellers and song improvisers emerged…’

Conon says that women followers of Dionysos then ripped Orpheus the lyre-man to pieces because of his rejection of their god in favour of Apollo – it has to be remembered that these legends emerged, Jane Harrison states, out of a female denigrating society, which could account for some of the themes. Other sources talk of Orpheus’ spurning of women as the initiation of homosexuality. But the women may also have been followers of Dionysos, whose religion they thought singer-songwriter Orpheus, follower of sun-god Apollo, was threatening: ‘And they tore [Orpheus] to pieces and cast his limbs asunder [note that these words were in the oracle you heard]. But the Muses gathered them together and buried them in the place called Leibethra.’ (Eratosthenes.)

As you gazed upon the wine cup in front of you, and as you stood in the museum room, with its air of peace timeless and its beautiful fragments seeming to hover on glass shelves within their sparkling crystal voids, did you Muse on the manifold forms of VIOLENCE BARBAROUS that saturated every last one of the artefacts around you like the fetid stink of a corpse? Indeed it is one of Harrison’s achievements that she revealed the ancients as dwellers not only in a Golden Age of gilded beauty and creativity, but also as perpetrators and victims of a Crimson Age of frenzied and irrational brutality. BLOODY JANE was her nickname.

Conon describes one version of the Orpheus story, which accounts for the painting of the levitating head on the cup:

‘After some search the head was found by a fisherman at the mouth of the River Meles.’ It was still singing nor had it suffered any change from the sea, nor any other of the outrages that the Keres [female death spirits], which beset mortals, inflict on the dead, but it was still blooming and even then after the long lapse of time it was bleeding with fresh blood […] When the miraculous head, singing and bleeding, was found, they took it and buried it beneath a great monument and fenced it in with a sacred precinct, a precinct that no woman might ever enter.

‘Conon has undoubtedly put his finger on the truth,’ Harrison writes. ‘Orpheus was a real man, a mighty singer, a prophet and a teacher, bringing with him a new religion, seeking to reform an old one. He was martyred and after his death his tomb became a mantic shrine.’

A number of years ago, as I was first embarking on my journey of self-improvement, I stared at the daintily painted severed head and Muse’d on this: is it possible to gather artefacts within museums and without – like the Muses with their bloody baskets full of dripping limbs – into a body of knowledge, into a Story-Vision for our own age?

I saw my ever-truehearted Sparrow this morning. When he had stopped frolicking with his wren-mates on the elderberry by the graveyard entrance, he skittishly and lightly alighted on a buddleia near the path to tell me: ‘Philostratos. He relates another version of the head’s story. The head of Orpheus’ story. A different version. To the one you said you would put in your blog: “After the outrage of the women the head of Orpheus reached Lesbos and dwelt in a cleft of the island and gave oracles in the hollow earth.” Hence the figure, a youth, to the left. He sits to the left of the head. On the wine cup. He takes down the head’s oracles with his stilus and tablets.’

Like the youth, I had to quickly note down what Sparrow had to say (on the back of a flyer advertising a talk on Egyptian death rituals at the library). Sparrow needed to have a little swoop-around, as is a bird’s want, before he returned to the purple bush.

‘The figure. To the right.’ Sparrow continued, ‘To the right side of the floating head on the cup. It is Apollo. The sun god. Gesturing ambivalently. He is vetoing the oracle as unwelcome competition. Because Apollo was another version of Orpheus. Mythically speaking. Apollo was the god of music who taught Orpheus to play his golden lyre and was the usual sponsor and source of oracles. Or it could be that Apollo is giving his blessing. To Orpheus his follower. To the cheeky enterprise of Orpheus in muscling in on his territory. It could be either. By all means use that Emma. For your first post. By all means. Have to run…’

And off he flew over the great avenue of Limes that lead from the cemetery up to Mill Road. As Sparrow says, the painted Apollo’s gesture and facial expression are hard to read either way, I think you will agree.

An oracle in the ancient world, such as that at Delphi, was effectively a female shaman communing with spirits in an ecstatic trance state, generating oblique poetic utterances. So folk-saint Orpheus was a shaman even in death. Though the modern Siberian shamans talk of possession, of the spirits whispering into their ears to tell them the words of the Vision-Songs of their journeys, their performance requires the skills of a Muse inspired storyteller. The rite has to remain creative; to continually transform itself with each shaman and with each improvised ritual, to stay alive.

So there you have my first post, my first stab at fleshing out one of our oracle’s cryptic and partial pronouncements with an expanded discourse. I will leave you with these fragments: according to the Kabbalah, God’s attributes were once held in vessels whose glass was contaminated by evil and which had consequently shattered, scattering their contents to the four corners of the earth. Tikkun was the name for the process of collecting and piecing the fragments together. Can we, each one of us, gather a corporeality of objects – not a literal collection of things but a story of them – and could we gather a body of artefacts that are, so to speak, still bleeding? WHAT KIND OF STORY WOULD THAT BE?

In my second post on Friday I will muse on the southern shaman who reformed his savage god and gained immortality.

Could the shaman provide a new dissent for now, waking the beast?