Oracle the Sixth: From the Head of a Deer

Please return to Cambridge, to the Museum of Archaeology and Anthropology, with your smartphone (follow the directions as described at the start of my fourth post). This time go to the second floor. On entering this mezzanine floor make your way to the square case containing the Starr Carr Head Dress.

Please concentrate your gaze on the area just below the deer skull, where the deer’s snout would have been. Then ask it a question, any question, as long as you hope the answer to it will help you to face life itself. On your phone-device,  press the Play arrow on the audio file below. The area below the head dress, if you go along with my playful fancy, will utter its oraculations, which will make their way through your headphones into your head.

You have now heard the words of Oracle the Sixth, and in the rest of this post I will attempt to interpret the oracular utterance as best I can.

TC Lethbridge’s friend and colleague Grahame Clark excavated this 10,500 year old head dress from Starr Carr in North Yorkshire in 1953, the same year that the spiral bracelet that was the subject of my last post was discovered. It is not known what the head dress was used for, so we have to speculate. We have to use our imaginations. One interpretation is that the object was part of the costume of a shaman, who may have danced, played music and sung a ritual that drew power from the stag and from the spirits of the land. 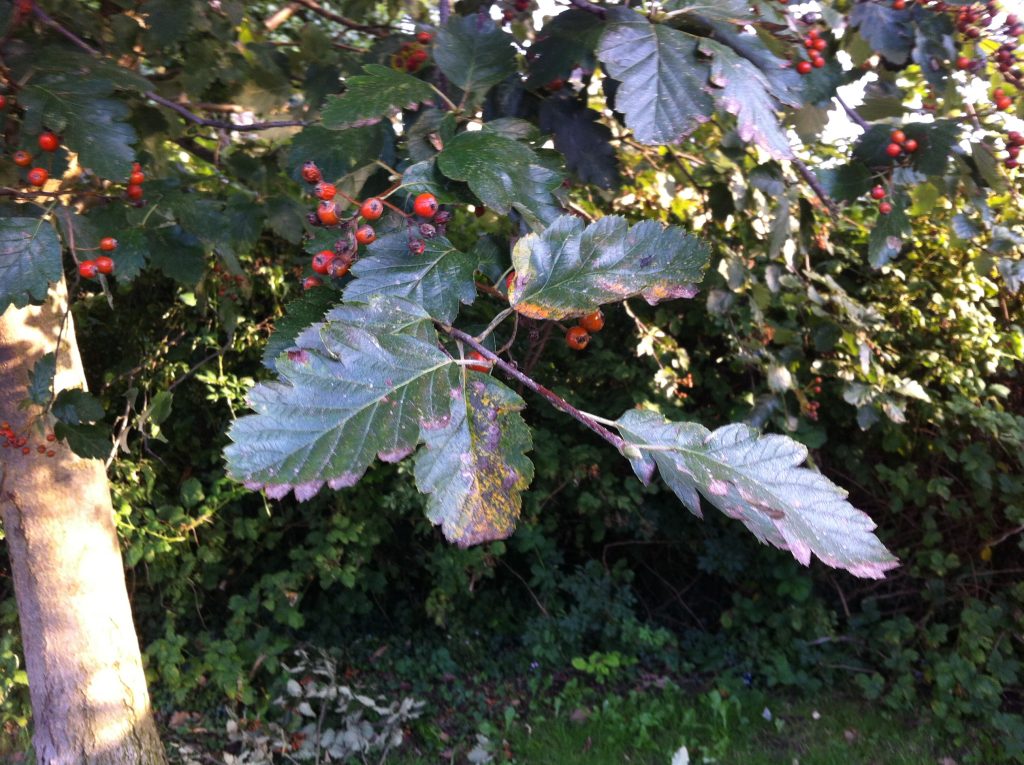 Chiffchaff, the longstanding friend and Walter Benjamin initiate I have mentioned earlier, intercepted one of my journeys to the library a few months ago to suggest I read the work of anthropologist Marc Augé. His ‘War of Dreams’ (this must be the ‘Dream Wars’ that the Sixth Oracle mentions) discusses shamanic ritual storytelling and dreaming as the crucial production of identity for the clan, through the recognition of an ‘other’ – such as dead ancestors – which the group or individual connects or re-connects with to confirm their identity. ‘The imagination is not a state: it is the human existence itself.’ (Blake). Fiction is how humanity imaginatively makes sense of its collective identities in relation to the other; it is a way for an imagination to experience the existence of other imaginations and other imaginary worlds. Augé cites Carlo Ginzburg, who suggests that certain primary literary themes (such as the hero’s journey into the world of the dead) have Siberian shamanism as their origin, and that there is a link between THE IMAGINATION OF DEATH and ALL NARRATIVE IMAGINATION.

‘The New-Freed Minds’ that the oracle speaks of must be those of the 1960s, minds who were also opened to older ideas. Perhaps they were led by rock’n’roll into the pantheistic, realising the truly shamanistic essence of that music. It is music that is connected to sex, to death, to the fearful primordial forces sublime. It offers no connection to the orthodox religions. Not that rock’n’roll is the devil’s music exactly, but it may be the music of another horned-beast-god who is no doubt often mistaken for Old Nick himself. Perhaps the new pagans merely wanted to connect to the eternally remade PLACES where they dwell, to the landscape majestic that procreates around them.

Robin has a rare copy of the TC Lethbridge book about his discovery of an earth goddess and sun god in the downs south-east of Cambridge, which I touched on in my last post: ‘Gogmagog – The Buried Gods’ (there is that same phrase as in the oracle). It draws on the writings of Margaret Alice Murray of the University of London, one of the first female lecturers in archaeology and an active feminist (who at one point settled in holy Cambridge, where she and Lethbridge made their acquaintance). Her ‘The Witch-Cult in Western Europe’ claimed that the cruel witch trials were an attempt to extinguish a surviving pre-Christian pagan religion, a religion of animal familiars and immortal souls that was devoted to a horned god (and a mother goddess at certain points), and that this common brethren of underground pagan resistors to the Christian Church existed throughout mind-manacled Europe. The god of the old religion became the outcast devil of the new: and the new religion appears to have been stupendously victorious. Lethbridge claimed that the Gog Magog religion (a sun-father and moon-mother earth) was the same one as the suppressed witch-cult that Murray describes, and may not have been destroyed at all but absorbed into the culture, in varying ways.

Partly because Murray’s theories had been discredited Lethbridge himself suffered much criticism, which was also due to his own imaginative projections and speculations from slim evidence. During the wide public debate surrounding the ‘giants’, Grahame Clark, excavator of the Starr Carr Head Dress you have consulted, suggested in The Times – as an undoubtedly friendly joke – that ‘a League of Unscientific Antiquarians be formed’ to accommodate Lethbridge and Murray. But giant-digger Lethbridge received much worse criticism than this. He always said that archaeologists needed to use their imaginations more, and he truly did make the most of that faculty. But now he was suffering for it.

Robin, my righteous abettor of learning, perched on a library window ledge just after I arrived today and, into my antique micro-cassette Dictaphone, told me of the post-Cambridge imaginative voyages of speculator Lethbridge:

L left Cambridge. Hated it. In the end. Largely because of the hostility to his theories. Unkind. Ah yes. Antagonistic. Subsequent career of L focussed on increasingly imaginative, esoteric ideas. One of which ideas, yes, evolving from his archaeological speculations, postulated about aliens, it postulated that the earth had once been visited by alien ‘gods’. Something like that, yes. Gods who erected the Neolithic stone monuments as navigational beacons for interstellar craft. That’s right. These gods interbred with you humans. This provided a real basis for future myths of ancient Greece and other cultures. Myths of gods who had visited earth on winged chariots. And procreated with mortals. Yes. Future myths. L may have been inspired by HP Lovecraft, whose mythos this slightly resembles. Lovecraft’s extraterrestrial Great Old Ones. The mountains who walk. Who are sleeping but speak through the terrible dreams of mortals. Terrible dreams.

‘The shadow of Gods from afar’! (Swinburne.) Many intricate objects of gold have been found in the vicinity of ‘navigational beacons’ such as Stonehenge, our oldest English Eden at four thousand years past. (Or should I say that the period before the stones appeared, before the self-conscious impulse that the stones represent: that period is the real lost Eden). Some of the golden objects are so intricate, with such microscopically miniscule detailing, that it seems that only an alien could have made them. It is likely, however, that they were made by children, who were probably blinded as a result.

Lethbridge died in a Devon nursing home in 1971. Apart from the posthumous publications, all of his more imaginative books were written and published in the golden mind-dawn of the 1960s.

In the midst of the revolutionary change in the England of the sixties, the culture also looked back, back to childhood and to the particular pre-Great War lost worlds of Victoriana and Edwardiana, to such as Lewis Carroll, Kenneth Grahame, Edward Lear. When you return to Cambridge, by the way, seek out Lear’s painting of The Temple of Apollo at Bassae in Arcadia, on show in the Fitzwilliam painting galleries, a fine example of Victorian bliss-yearn. Golden-Syd Barratt was a prime exemplar of this tendency of course (one could add the elusive, lyrical James Joyce of ‘Chamber Music’, 1907, a fragment of which Syd turned into his song ‘Golden Hair’). Perhaps this 1960s fashion for a pre-1914 Eden was an uncannily prescient knowledge that the Arcady of the counter-culture was itself destined to be smote into oblivion, like Syd himself, who, as the oracle puts it, ‘Ate From The Tree’ and fell.

I am reminded of a poster that Beetle designed for a 1969 gig by The Band of Shepherds. Over intricate fractals of acid colour was printed the words: ‘WE ARE THE BAND OF SHEPHERDS. ET IN ARCADIA EGO!’ Under this the words: ‘We encounter the reminder of death on the tomb, and in tracing the outline of death’s shadow, we invent art.’ Then after the venue address and other details was written, in large capitals:

This was the final gig with Beetle in the band.

The Faustian pact of the 1960s: in exchange for the new possibilities and the explosion of golden love, the immensity of the forces dark of the human head (and of commerce) would turn it all upside down, and the 1960s will be forever remembered and re-staged as the lost childhood paradise of the fallen-world we live in now. Or perhaps forever forgotten, in order to pretend it still continues – like Peter Pan, who must forget everything to remain in his childhood state. The ‘Oblivion Child’ of the sixth oracle?

As they stared blankly in dumb misery deepening as they slowly realised all they had seen and all they had lost, a capricious little breeze, dancing up from the surface of the water, tossed the aspens, shook the dewy roses and blew lightly and caressingly in their faces; and with its soft touch came instant oblivion. For this is the last best gift that the kindly demi-god is careful to bestow on those to whom he has revealed himself in their helping: the gift of forgetfulness. (Grahame.)

Madcap Syd, the sad story goes, had a bad trip and went insane at the peak of his powers in 1967. He began acting strangely, standing motionless onstage and staring into space, then the band stopped picking him up on the way to the gigs and did the gigs without him, then he disappeared back to his mother’s house in Cambridge for nigh on 40 years until his death. There is no doubt that something ended for everyone, not just shaman-Syd. In the words of Robyn Hitchcock:

‘The rest of them [1960s musicians, The Beatles, The Stones etc.] I think they just kind of went to sleep around 1969 or 1970. A lot of them kept on working, but there’s just nothing in it.’ Burn-out Syd erased all he had seen, all he had made, and entered into his own extreme state of oblivion, burning Syd’s diaries and becoming Roger again (his original name). The moral of the simple myth is clear. They played with fire, those mortals, SO THEY MUST BURN.

This is the simple myth, but the true myth is somewhat more complicated, like the story of the 1960s. And it is unknowable.

My final post, on the eve of the bone fires, will concern itself with the shaman from the north, with the mirrors that protect against the Fictional World, with the end of the Golden One but his rebirth as a story to resist the destruction of stories, with the convergence of forces towards the One Force, and, finally, with the AWAKENING.